by
The Joe Hehn Memorial Collection

Herb Shriner Time featured the Midwestern humorist as host of the program. He opened with a “homespun monologue,” that often referred to his Indiana upbringing. The weekday program was broadcast from New York and sponsored by Alka Seltzer on CBS in 1948 and 1949. It featured the Raymond Scott Quintet, singer Dorothy Collins, and announcer Durward Kirby.

One of the recordings is from October 18, 1948. Hugh Herbert, movie comedian, is the guest. His monologue is about how honest everyone in his town was, even when they voted after their demise!

These recordings are part of the Joe Hehn Memorial Collection. Mr. Hehn (1931-2020) was a pioneering collector of radio recordings when the hobby emerged in the 1960s. Digitizing his collection of reel tapes and discs is the effort of a wide range of North American volunteers, and includes assistance of some international collectors. The groups supporting this effort with their funds, time, technology and skills are the Old Time Radio Researchers and a small group of transcription disc preservationists who refer to themselves as the "The Knights of the Turning Table." 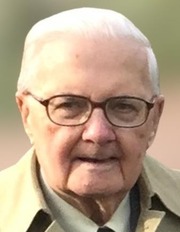 Uploaded by JoeHehnCollection on September 16, 2021